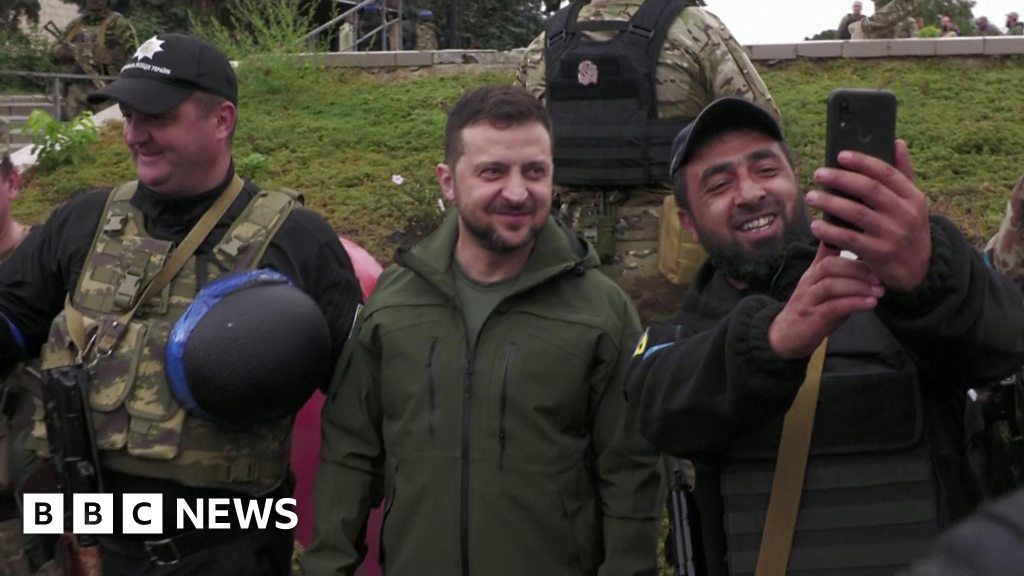 Ukraine’s president has paid a surprise visit to Izyum after the city was recaptured from Russian forces.

Volodymyr Zelensky thanked troops for their efforts, saying truth was on the side of his nation.

The second biggest cryptocurrency, Ethereum, is set to switch over to a new operating model that it says uses 99.9% less energy.Called The Merge, the change has been planned for eight years, and is designed to answer critics who reject cryptocurrency on environmental grounds.