In our series of letters from African writers, novelist Adaobi Tricia Nwaubani considers the Nigerian government’s move to crack down on foreign models in adverts.

Some in the British and American media have interpreted Nigeria’s prohibition on the use of foreign models as a ban on white people and foreign accents, and an attempt to free ourselves from a colonial mentality.

But this ignores the fact that there are many Nigerians at home and abroad with British and American accents – authentic or fake – as well as some Nigerians who are blonde-haired and blue-eyed.

My good friend, Jackie Farris, was born to white American parents in Florida in the US, but has made Nigeria her permanent residence for more than 25 years, and has a green Nigerian passport to show for it.

There are also many white women married to Nigerian men. While Nigerian immigration law does not grant automatic citizenship to a foreign man who marries a Nigerian woman, foreign women who marry Nigerian men are allowed to hold Nigerian passports.

The new law, which covers foreign models and voice-over artists in adverts released within the country and takes effect on 1 October, cannot prevent these bona fide citizens of Nigeria from being featured in commercials, irrespective of the colour of their skin. 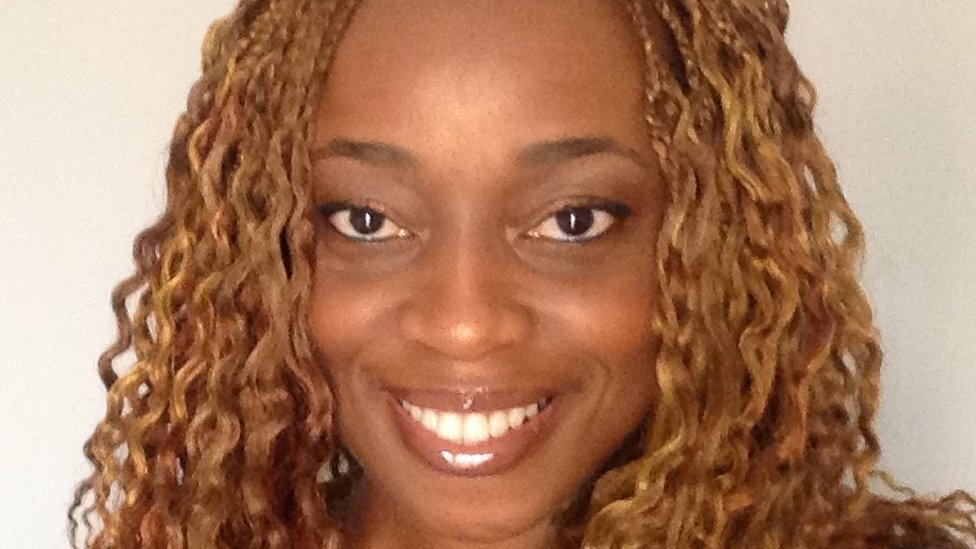 Many of the country’s popular radio personalities, especially those that appeal to the middle classes, have British or American accents”

But, as poorly thought-out as this new policy seems to be, one can see what the Nigerian government is trying to do.

It is “in line with the federal government’s policy of developing local talent, inclusive economic growth, and the need to take necessary steps and actions aimed at growing the Nigerian advertising industry,” an official announced in a statement released last week.

Similar bans on “foreign” were in the past few years placed on a number of popular items in order to boost local production.

Rice, for example, is one of the most consumed staple foods in the country – eaten at least twice a week by most Nigerians, according to research group Dataphyte – and many Nigerians preferred the imported versions even when the local rice was cheaper.

While there are many criticisms and flaws of the government’s January 2018 complete ban on the importation of foreign-produced rice, there has also been a boost in local production and quality, with a number of young Nigerians becoming rice-farming entrepreneurs.

There is hardly any empirical evidence to support Nigerians’ preference for foreign accents and appearances over local, but the anecdotal evidence is clear.

Many of the country’s popular radio personalities – especially those that appeal to the middle classes – have British or American accents, as do many teachers in the primary and secondary schools that charge the most exorbitant fees.

Many – especially young – Nigerians who have never travelled abroad speak English with foreign accents that they probably learnt from studying MTV music videos and Hollywood films.

Advertisers must have observed all this and realised the benefit of investing in foreign models and accents.

A number of adverts shown in Nigeria are shot abroad, with mostly foreign cast and crew – thus, with little benefit to the Nigerian advertising industry.

But the government’s ban on rice imports did not necessarily curb the yearning for foreign versions of the product.

Smugglers, therefore, materialized to fill the need, and foreign rice remains accessible but more expensive, usually brought in through the country’s porous land borders instead of shipped by sea as before.

However, while you can sit in the privacy of your dining room and consume a pot of jollof rice without government regulators and enforcers taking note, it would be difficult – and counter-productive – to conceal an advert that features a brunette model speaking sleek English through her pointed nose.

What may happen instead is that demand could increase for foreigners who can also claim to be Nigerian.

Models and voice-over artists with Nigerian citizenship, parentage, DNA, ancestry, and whatever other link to the country, no matter how tenuous, could suddenly find themselves in high demand.

Some of these people may have never set foot on Nigerian soil. Some of them may be forced to visit the Nigerian embassy in their country of domicile for the first time in their lives, to begin the process of acquiring the green passport that they may have previously despised.

In the end, advertisers would still get the foreign accents and appearances that they want, without breaking any laws of the Nigerian land.

By Gemma HandySt John's, AntiguaImage source, VANESSA HALLImage caption, Breadmaking recipes and techniques have been passed down from African ancestorsDawn has barely broken, and Alton's bakery in a side street on the outskirts of Antigua's capital is already abuzz with activity.A baker is using a long plank to place loaves into a vast wood-fired oven. Someone else has the task of wiping the ashes off the bread when it comes […]