A Chinese couple plotted to set up a mini-state on the Marshall Islands in the Pacific, bribing MPs and officials along the way, US prosecutors say.

The man and woman tried to persuade lawmakers to set up a “Semi-Autonomous Region” (SAR) on a remote atoll.

Such a zone would have expanded foreign access to the Pacific nation, which was administered by the US until 1979.

The Marshall Islands government is yet to fully address the accusations, despite calls from opposition parties.

But US authorities say the defendants – Cary Yan and Gina Zhou – undermined the island nation’s sovereignty.

Their efforts saw bills supporting the SAR’s creation debated in the Marshall Islands’ parliament in 2018 and 2020, US prosecutors say.

The pair were detained in Thailand in 2020 and extradited to the US last week.

“Yan and Zhou’s bribes blatantly flouted the sovereignty of the Republic of the Marshall Islands and its legislature,” said US Attorney Damian Williams for the Southern District of New York.

The Marshall Islands, a chain of islands located between Hawaii and Australia, gained independence in 1979 after being under US administration for four decades. 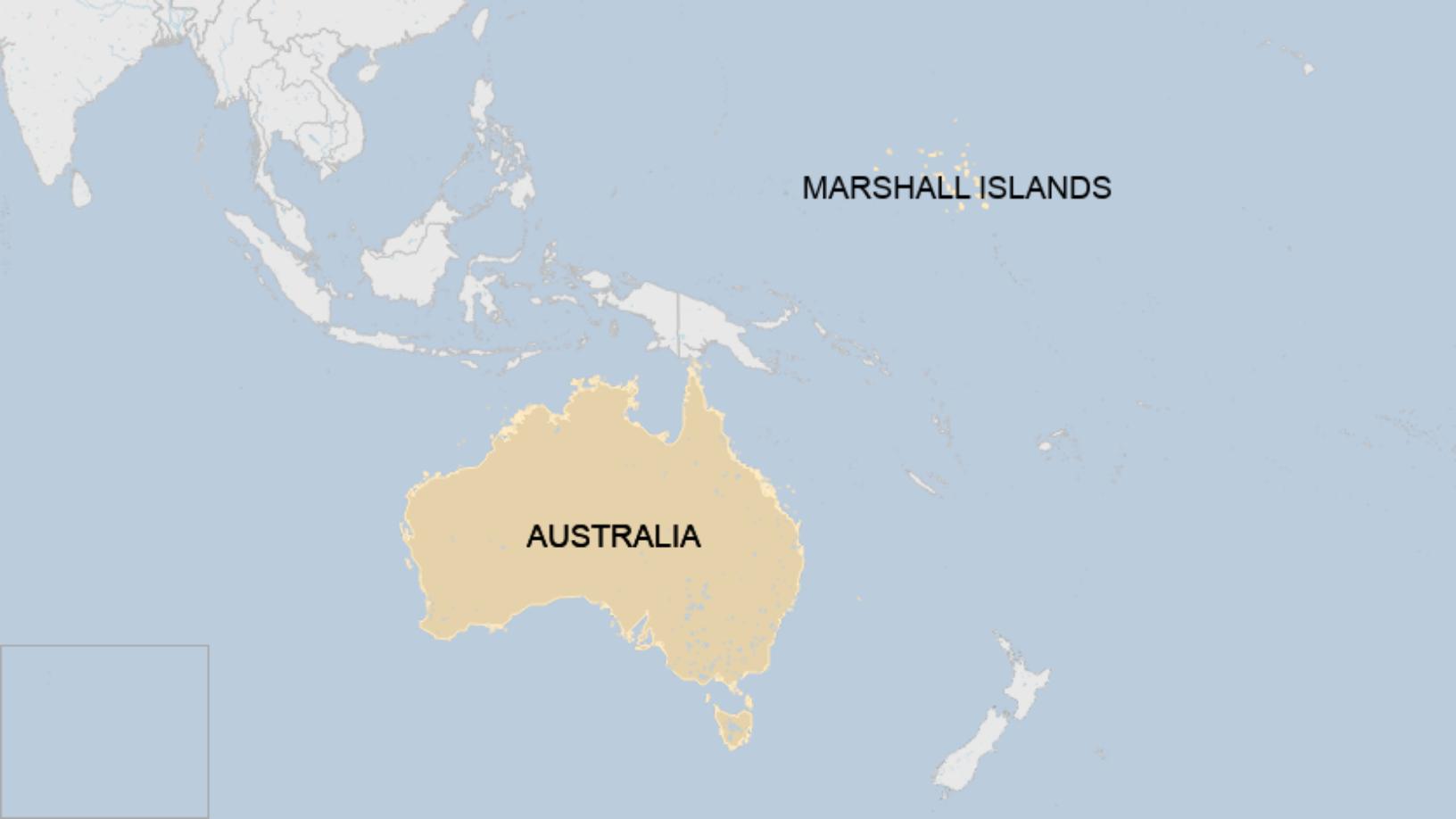 It remains a key strategic base for Washington in the Pacific, where the US has some security alliances in place but China is seeking to expand its influence.

How the alleged plot unfolded

Prosecutors say the two defendants operated a New York-based NGO through which they paid and liaised with Marshall Islands officials.

Starting in 2016, they contacted island representatives in a bid to create a SAR on the Rongelap atoll – an area abandoned following US hydrogen bomb testing in the 1950s.

US authorities say Mr Yan and Ms Zhao aimed to “significantly change the laws on the island”, such as by cutting taxes and relaxing immigration restrictions, to attract foreign investment.

They allege the pair wined and dined at least six Marshall Island officials and lawmakers, paying for flights and hotels in New York as well as in Hong Kong, where the officials attended a conference promoting the SAR.

One official who accepted money then appointed Mr Yan as a special adviser to the Marshall Islands. The pair also became naturalised Marshall Island citizens.

In 2018, lawmakers who had taken bribes introduced a bill supporting the proposed SAR into parliament, US prosecutors say.

“The defendants offered and provided a series of bribes and other incentives to obtain the support of legislators for the bill,” the US Justice Department indictment sheet reads.

However, the bill failed to pass in parliament after firm opposition from the island’s then president, Hilda Heine. Ms Heine around that time had accused opponents of working on China’s behalf and attempting to secure the atoll to turn it into a “country within a country”.

But Ms Heine lost the 2019 general election. A new parliament in 2020 then passed a resolution which endorsed the concept of the SAR – paving the way for a new bill to establish it.

However later that year Mr Yan and Ms Zhao were detained in Thailand. They have been charged in the US with foreign corruption, money laundering and bribery offences.

On Monday, former president Ms Heine added her voice to those demanding the Marshall Islands government address the issue.

“What is the Nitijela [parliament] and the government going to do about this big black eye for Marshall Islands?” she asked, according to local media.

Image source, Getty ImagesImage caption, Australia's Climate Change Bill aims to slash emissions by at least 43% by 2030Australia has legislated a climate target for the first time, with a promise to slash emissions by at least 43% by 2030 passing the parliament.The country is one of the world's biggest emitters per capita, and the target brings it more in line with other developed countries.But critics say government plans to […]