Hadraawi: The Somali poet whose readings were like rock concerts

The Somali people are known as “a nation of poets” and there is no greater poet of modern times than Mohamed Ibrahim Warsame, who has died in Hargeisa, the capital of the self-declared republic of Somaliland, at the age of 79.

Tens of thousands attended his funeral. Many travelled from across the region, including Djibouti, Ethiopia and Kenya.

The vast crowds at his graveside were testament to the respect and affection people have for the man known simply as Hadraawi or “master of speech”, a nickname he was given as a young boy growing up in Yemen where he was sent to live following the death of his mother.

When I made a documentary about him in 2017 almost everybody I spoke to immediately started reciting one of his poems or singing one of his songs. Schoolgirls, waiters, millionaires, beggars, soldiers and government ministers all knew his poetry by heart.

‘He keeps us together’

“The only thing Somalis can unite behind is Hadraawi,” said his personal assistant and editor of a recent collection of his work, Muhammad Suleiman.

“Somalia has fallen apart; the nation has fragmented into pieces. The only things keeping us together are our language, our religion and Hadraawi.”

Hadraawi was more than a poet. He wrote plays and collaborated with musicians to produce more than 70 much-loved songs. He was regarded as a philosopher and moral guide, and played an important role in preserving the Somali language which was not written down until 1972.

He was a fierce critic of the dictatorship of former President Siad Barre who led the country from 1969 to 1991.

In 1973, Hadraawi was jailed for five years for using his poetry to speak out against Somalia’s leaders. A poem that particularly annoyed them was The Killing of the She-Camel, which attacked corruption and authoritarianism:

The cob stallion sells his values

in order to cut a fine figure.

When such cockiness struts forth

and even laughter becomes a crime

our country has unfinished business.

Hadraawi was a committee member of the rebel Somali National Movement whose victory against the government led to Somaliland declaring itself independent in 1991, although it remains unrecognised internationally.

In 2003, he sought to bring an end to Somalia’s seemingly endless conflict by leading a peace caravan of singers, poets and other cultural figures through war-torn areas.

He addressed issues of social justice, focusing on marginalised groups, including minority clans and women, especially mothers. In later years, he became a source of spiritual inspiration for Somalis all over the world.

The Scottish poet and Professor of Poetry and Writing at the UK’s Newcastle University, Bill Herbert, worked with Somali scholars to translate into English some of Hadraawi’s poems.

“He had an unshakeable moral core and spoke for the people on behalf of the people with the authority conferred on him by the people,” he said.

“His use of satire is like a hot needle. Hadraawi had piercing vision which saw through Somali crises, political, humanitarian and spiritual.”

Although his criticism of authority and attacks on injustice were fierce and fearless, Hadraawi was gentle and kind. He had a radiant smile.

The managing director of the Somali cultural organisation, Kayd, and a confidante of Hadraawi, Ayan Mahamoud, said: “His heart was big enough to accommodate everyone. He was known as ‘geed’ which means ‘tree’ in Somali because, like the branches of a tree, he gave shelter to everyone, no matter who they were.”

Hadraawi’s poetry and character inspired many people including the CEO of the Dahabshiil business empire, Abdirashid Duale.

“I fell in love with Hadraawi before I met him,” he said.

“His poems taught me to treat people equally. Before I left to live in the UK, he gave me a sheet of typewritten poems which focused on the world beyond the Horn of Africa. They inspired me to make my business global, which is exactly what I did.”

Hadraawi is as well known for his love poems as his political ones. Love Written in Blood is one of his most famous along with Amazement:

since we became acquainted

you’ve been my only fever.

Somalis’ love of poetry verges on the fanatical, no matter their age or position in society.

Hadraawi’s recitals were more like rock concerts than poetry readings.

At one event in Hargeisa, hundreds packed the large hall while children leapt up and clung onto window frames to peek inside and try to catch a glimpse of their hero.

The crowd was so large that giant screens had to be set up outside so everyone could see and listen to Hadraawi speak.

“Many young Somalis have told me that his poems have taught them everything they need to know about life,” said Said Salah, a retired professor from the University of Minnesota in the US, who co-wrote four plays with Hadraawi. 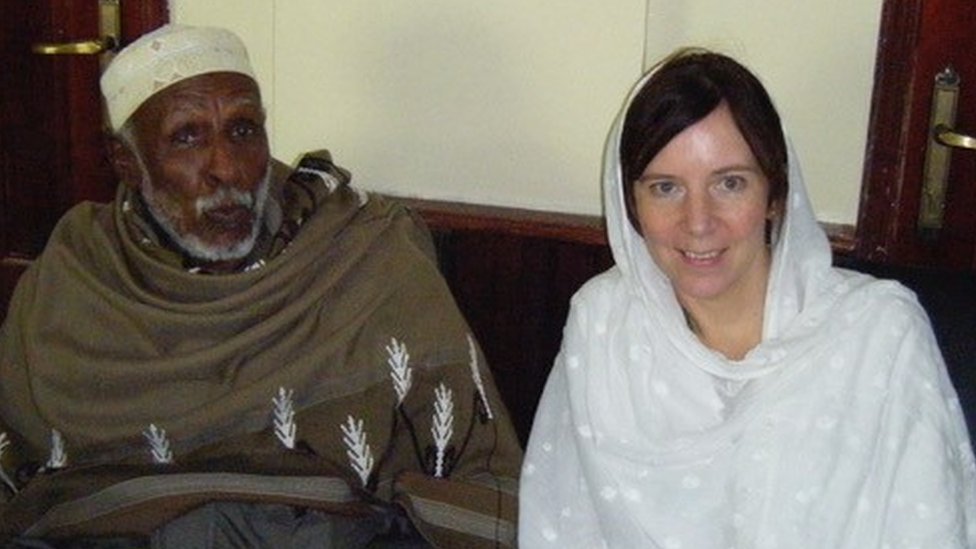 Hadraawi’s final words to me were: ‘One poem follows another, just like life.'”

“Hadraawi’s body is gone,” he said. “But he is still with us and will always be with us because his literature will live forever.”

The last time I was with Hadraawi, he seemed to know his death was not far away. His final words to me were: “One poem follows another, just like life.”

ORLANDO, Fla. — Gatorland, the Alligator Capital of the World, is bringing back its family-friendly Halloween event, Gators, Ghosts and Goblins, for another year. What You Need To Know Gators, Ghosts and Goblins returning to Gatorland The family-friendly event will run weekends Oct. 15-Oct. 30 Activities include animal encounters, live shows, games and a costume parade The event is included with park admission The daytime event will run weekends from […]

Major flooding still a problem along the St. Johns River