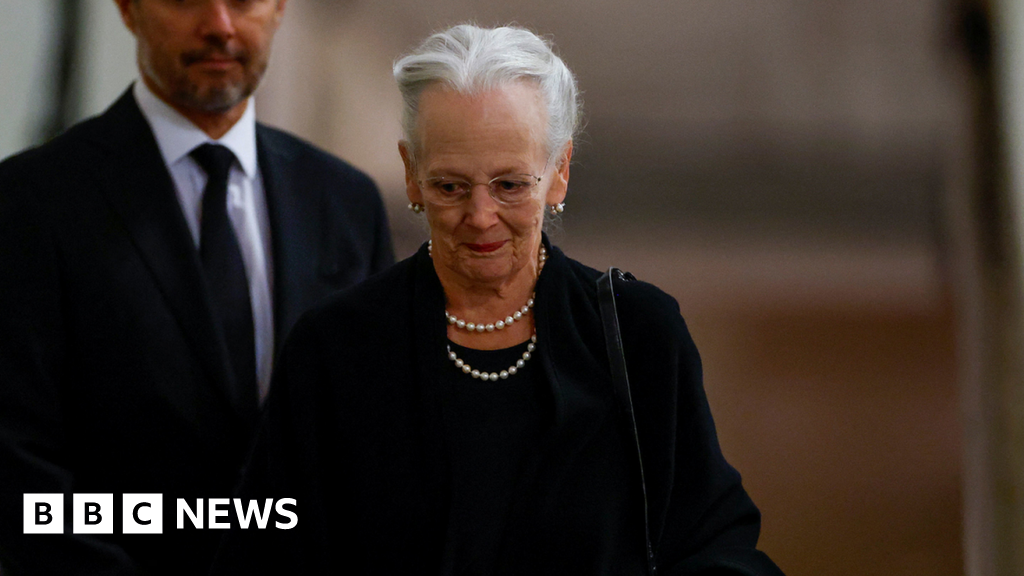 The Queen of Denmark has tested positive for Covid-19 for the second time this year, the Danish Royal Court has confirmed.

Queen Margrethe II has cancelled her appointments for this week after the diagnosis on Tuesday evening.

The 82-year-old monarch was one of 2,000 guests who attended Queen Elizabeth II’s state funeral on Monday.

She is Europe’s longest-serving head of state following the British monarch’s death.

She and Queen Elizabeth were third cousins, both being descended from Queen Victoria.

Queen Margrethe has been vaccinated against Covid and last tested positive in February this year when she presented mild symptoms.

In a statement on the palace website, a spokesperson said she would be recovering at Fredensborg Palace.

At Westminster Hall on Sunday, on the eve of the late Queen’s funeral, she joined the crown prince to pay her respects at the lying-in-state.

At Westminster Abbey the following day, she sat in the same section as monarchs from other European nations, including King Carl XVI Gustaf of Sweden, Prince Albert II of Monaco and King Philippe of Belgium.

In a letter of condolence to King Charles on the death of his mother, she wrote: “She was a towering figure among European monarchs and a great inspiration to us all.”

She became the first female sovereign of Denmark in 1972 at the age of 32 after the death of her father, King Frederick IX.

Maren Morris isn't holding back when it comes to her highly-publicized trans rights feud with Jason Aldean's wife, Brittany, after dubbing her "Insurrection Barbie." "Look, I'm not a victim in this and neither is she," the 32-year-old singer tells The Los Angeles Times in a new interview. "But I don't have feelings of kindness when it comes to humans being made fun of for questioning their identity, especially kids. The whole 'When they […]