At least 10 people have been killed and another 15 injured in a stabbing rampage in Canada’s central Saskatchewan province, police say.

The victims were found in 13 locations in the James Smith Cree Nation and nearby village of Weldon.

Two suspects named as Damien Sanderson and Myles Sanderson are on the run and considered armed and dangerous.

Residents have been told to shelter in place, as a massive manhunt continues across a huge geographical area.

“Do not leave a secure location. Use caution allowing others into your residence,” Saskatchewan Royal Canadian Mounted Police (RCMP) tweeted.

Checkpoints have been set up, with police checking travellers’ identification, and drivers have been urged not to pick up hitchhikers.

A state of emergency has been declared in the James Smith Cree Nation – an indigenous community with about 2,000 residents north-east of Weldon, where about 200 people live.

And a dangerous person alert was sent to all mobile phones across the provinces of Saskatchewan, Manitoba and Alberta – an enormous region almost half the size of Europe.

It is one of the deadliest acts of mass violence Canada has ever seen.

Prime Minister Justin Trudeau described the attack on Twitter as “horrific and heartbreaking”.

“I am shocked and devastated by the horrific attacks today,” he said in a separate statement. “Those responsible for today’s abhorrent attacks must be fully brought to justice.”

At a news briefing on Sunday evening, police said there could be more injured people than the 15 they already knew about, who had taken themselves to hospital.

Rhonda Blackmore, Commanding Officer for Saskatchewan RCMP said that some people may have been targeted by the two suspects, while others are believed to have been “attacked randomly”.

The relationship between Damien Sanderson, 31, and Myles Sanderson, 30, is unclear, and the authorities have so far provided no further details.

The first emergency call was made to police at 05:40 local time on Sunday morning in the provincial capital Regina, about 280km (173 miles) south of Weldon, Ms Blackmore said.

This was quickly followed by many more calls for help, developing into a “rapidly unfolding event”.

The suspects were last seen by members of the public in Regina at about lunchtime on Sunday, and may be travelling in a black Nissan Rogue, she said.

“They are considered armed and dangerous… If you see the suspects or their vehicle, do not approach them, immediately leave the area and call 911.”

Weldon resident Diane Shier said her neighbour, a man who lived with his grandson, was killed, the Globe and Mail newspaper reported.

He was described by another resident, Robert Rush, as a gentle, widowed man in his 70s.

“He wouldn’t hurt a fly,” Mr Rush was quoted as saying. 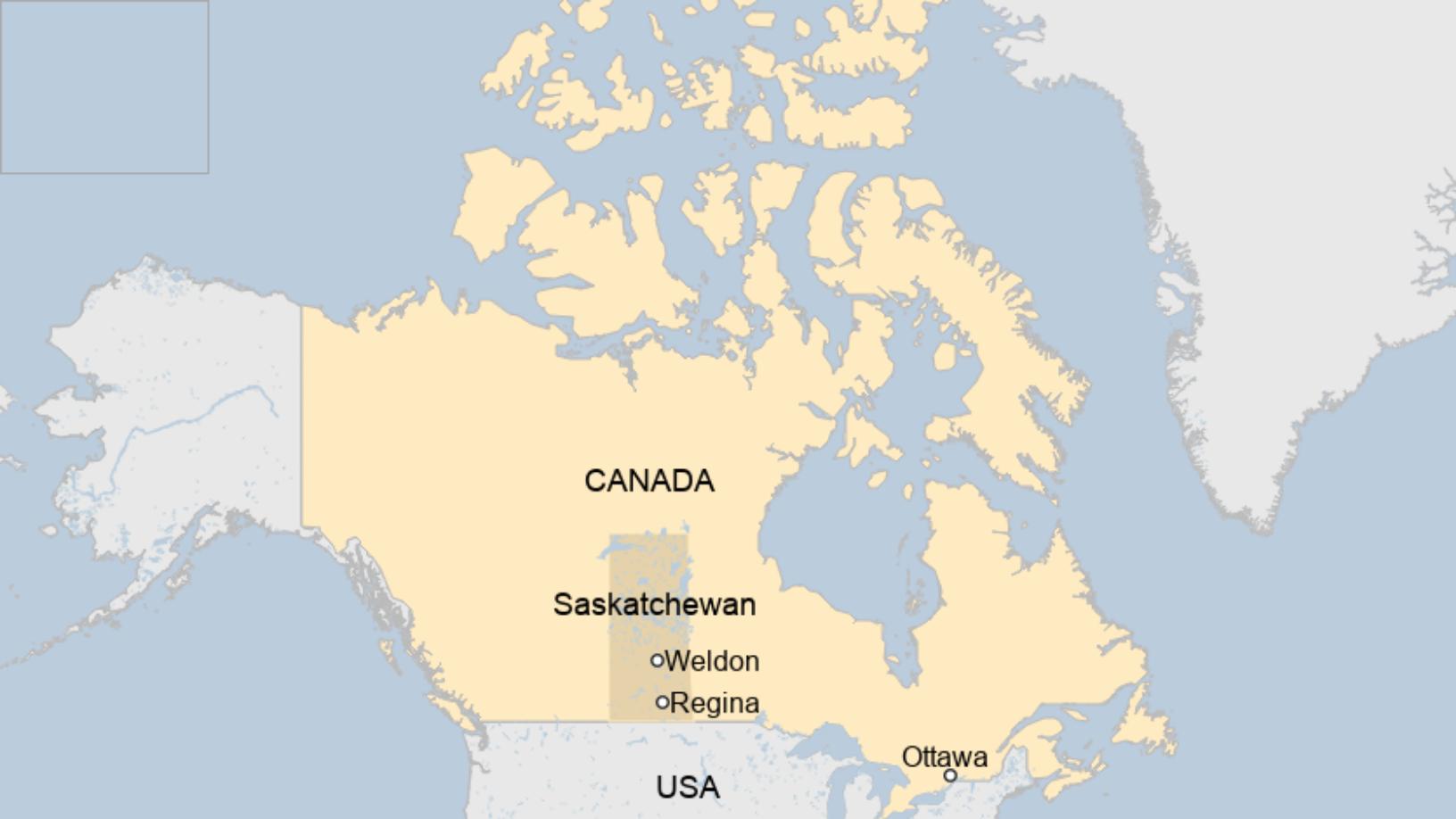 Nick Kyrgios had never gone beyond the third round at the US Open until this yearVenue: Flushing Meadows, New York Dates: 29 August-11 SeptemberCoverage: Daily radio commentaries across BBC Sounds and the BBC Sport website and app, with selected live text commentaries and match reports on the website and appNick Kyrgios ended Daniil Medvedev's defence of the US Open title as he earned an enthralling four-set win on an entertaining […]